In August, I got a call from an old friend from Atlanta that I hadn't seen in over a decade. He was traveling around the Northwest with a few friends doing some sight-seeing, just killing time before the lease began on his new apartment in Brooklyn. Prior to his travels in the Pacific Northwest, Staff Sergeant Todd Fuerst was traveling through Afghanistan and Qatar serving our country. While I was preparing to move to the Northwest, he was preparing to start a family and enter boot camp. Knowing he was so close by, I couldn't pass up the opportunity for a friendly reunion.

"I'm in town. Show me around. What is there to do around here?" When I got the call, the Buoy 10 fishery was in full swing, I scrambled to find a guide that would book our seats on such short notice. I wanted to make a good memory and welcome the airman back home in style. We got several recommendations for Mike Arnold of Absolute Angling. After confirming our trip with Mike, I picked Todd up in downtown Portland and we headed for Astoria. "You can pound pavement anywhere and be a tourist, let's hit the water and do something special," I told him. Todd was never an avid angler, but he was on board for the experience.

When we got to Hammond, Todd and I set up camp at the launch, then explored around Fort Stevens. At one point, we climbed into a concrete gunner's bunker, and Todd ran his hands across the opening overlooking the mouth of the Columbia River. Deep in thought, he grinned back at me and said, "Well... this all looks strangely familiar." We continued out towards the shoreline and opened a couple cold beverages as the sun went down. "It's good to have you back on American soil," I told him. The conversation that followed really put a lot of things into perspective. Above all, the one that he said that stood out the most was, "I think the hardest part about coming back is listening to civilians complain when they have no idea just how good they have it here." The following day was a great reminder.

Mike Arnold of Absolute Angling Guide Service and also a retired Patrol Sargent after 31 years with the Forest Grove Police Department, put Todd on his first salmon within an hour of our lines being in the water. The first couple runs took out nearly 200 feet of line as he was going into battle with his first salmon. Mike was patient and Todd was attentive to his instruction on keeping the line tight so the barbless hooks wouldn't break free. After a long fight, Todd got the fish in Mike's net and brought
it on board for a few pictures. It was a fairly large tule hatchery chinook. Being that early in the morning, Mike suggested we put the fish back and search for more. We managed to boat a nice keeper after losing a few hookups, but Todd was thrilled simply by the experience of his milestone, and I was grateful to have shared it with him.

That evening, he and I met with fellow NWS writer Jeff Holmes and Guide Ivan Khorseev of Semper Fi Sportfishing. Todd had to leave the following the day, but Jeff and I fished from Ivan's boat and put some fish in the box. Jeff released a wild steelhead he hooked rolling a cut-plug herring, a rare feat for any angler in the lower Columbia fishery. Ivan, a Marine Corporal, was stationed in Hawaii, Japan, and did two tours in Iraq. Having fished all over the world, he started taking it more seriously in the Czech Republic. After seeing photos of salmon and steelhead from the U.S. and Canada, he decided it would be the greatest job in the world to fish for a living, so when he got out of the military, fishing slowly took the place of employment he had to fall back on in case he failed at guiding. That day, like many others for Semper Fi Sportfishing, proved to be successful, and Ivan has watched his business grow and support his family.

I am not a veteran, but as a surviving family member of a veteran suicide, I understand the necessity of programs that support our troops upon their return home, as they resume everyday American life. The epidemic of PTSD is a constant struggle for returning veterans many years after their service ends. A veteran commits suicide every 65 minutes, and nearly 70 percent of them are over the age of 50. Studies point out that veterans may be less likely to seek help from a mental health professional, and while research shows that "ecotherapy" benefits mental health and wellbeing, a key factor to the approach of introducing veterans to outdoor activities such as hunting and fishing as a form of therapy is that it can prove to be effective simply because it's more likely to be utilized. The zen of fishing is a therapeutic distraction that can benefit all of us, but there are several organizations that focus on placing active duty and returning veterans in the outdoors.

Project Healing Waters Fly Fishing is dedicated to the physical and emotional rehabilitation of disabled active military service personnel and disabled veterans through fly fishing and associated activities including education and outings. This non-profit is incorporated in the State of Maryland, receives no government funding and is dependent on tax-deductible, charitable donations and the help of volunteers to meet the educational, equipment, transportation and related needs of its participants. In one testimonial from their 2014 annual report, Captain Kimberly Smith USMC says:


“Sometimes I find myself speechless when people ask me what Project Healing Waters has done for me because words are untouchable to what this program has given my life and others. PHWFF saved my life and I’m completely serious about that. That’s why I want to do everything I can to give back even though I’m still in recovery myself.”

Another budding organization based out of Lacey, Washington has began to expand it's network of veterans and civilian support to provide outdoor experiences for those who have served. In 2014, "The Fallen Outdoors" organized 1,600 outings with veterans. Their Facebook group serves an audience of veterans seeking outdoor experiences while acting as a base for veteran and civilian volunteers alike to actively provide those opportunities.

TFO founder Eric Bakken served 8 years in the Army. While in Afghanistan, himself and two others hatched a plan to create an organization upon their return to connect veterans with their love of the outdoors. Specialist Eric Finniginam paid the ultimate sacrifice during a mortar attack. The loss inspired Bakken and Staff Sergeant Johnny Bates to follow through in his honor, creating the organization which operates in 37 states with 250 military volunteers and serves a support system of 1600 veterans each year.

The Fallen Outdoors is run exclusively by veterans with the help of guides, land owners and everyday outdoorsmen and women that just want to say thank you. Bakken, originally from Minnesota, says "Most guys join (the military) and leave what's important to them at home or lose touch with their hobbies because they get to a new place in a new state and it's hard for them to learn the elements of fishing and hunting in their new surroundings." Bakken intends for TFO to provide knowledge and the proper gear as well as the opportunity for outdoor experiences in each state. Above all, the network built by the organization aims to provide the comaraderie familiar to veterans who have served.

Perhaps one of the most unique, multi-faceted and outdoor themed veteran support groups is Soul River, which was spawned from Navy Veteran Combat Stevadore Chad Brown's personal experiences with struggling to save himself. The well-traveled Texas native served his military duty in Desert Storm/Desert Shield, Somalia, Cuba, Antartica Iceland and Egypt. The river gave Brown an "awakening in his soul" while contemplating taking his own life. "Just being in mother nature's theater, surrounded by the beauty, spirituality and complexities, we find nature's secrets of the cycle of life and death in something as simple as the mayfly," says Brown. A troubled childhood from a broken home and life in the streets with gang affiliations he credits his mother for never giving up on him and guiding him through his obstacles in life.

Being saved by his experience on the river, he says that like any veteran, the heart to lead and protect never left him, and inspired him to share his experience with others. Brown has combined the demographics of veterans and troubled youth to build a symbiotic relationship that creates a community of what he describes as "iron sharpening iron." He says the focus is not so much teaching people how to fish, but promoting an appreciation for the outdoors by providing the opportunity to be an ambassador and steward of the river, and connecting this community to give each other some living purpose.

Soul River aims to connect those demographics by nurturing it's participants into becoming future volunteers, creating a mutually beneficial and self-sustained community. As the Soul River community continues to grow, Chad is seeking veterans who want to serve as volunteers with youth on expeditions as well as civilians with backgrounds in biology, human development and youth engagement with the outdoors. In addition to volunteers, Soul River needs resources like private land/river access to hold expeditions with youth and veteran participants. Soul River holds public events like the annual Celebration of Wild Steelhead, where youth can learn casting techniques and how to tie flies.

For those that are unable to make a donation or volunteer their time to the Soul River non-profit, Chad has created his own clothing line that features his own unique designs and runs a shop out of Portland, OR that sells this line as well as fly fishing gear, which he sets aside a portion of the proceeds to fund his projects.

You can shop Soul River online here: http://soulriverrunsdeep.com/shop/ or visit his retail store:

Volunteers can fill out an application online here:
https://docs.google.com/forms/d/1jKTe15RpD3Vrt7l28XBrnvqTlaSGepJf3GaA8VZDDZg/viewform?c=0&w=1

You can contact the main office Project Healing Waters Fly Fishing about their services or contribute a donation at:

To find a program in your area, please visit: http://www.projecthealingwaters.org/Programs.aspx 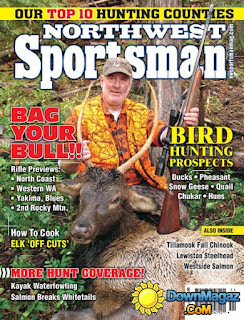